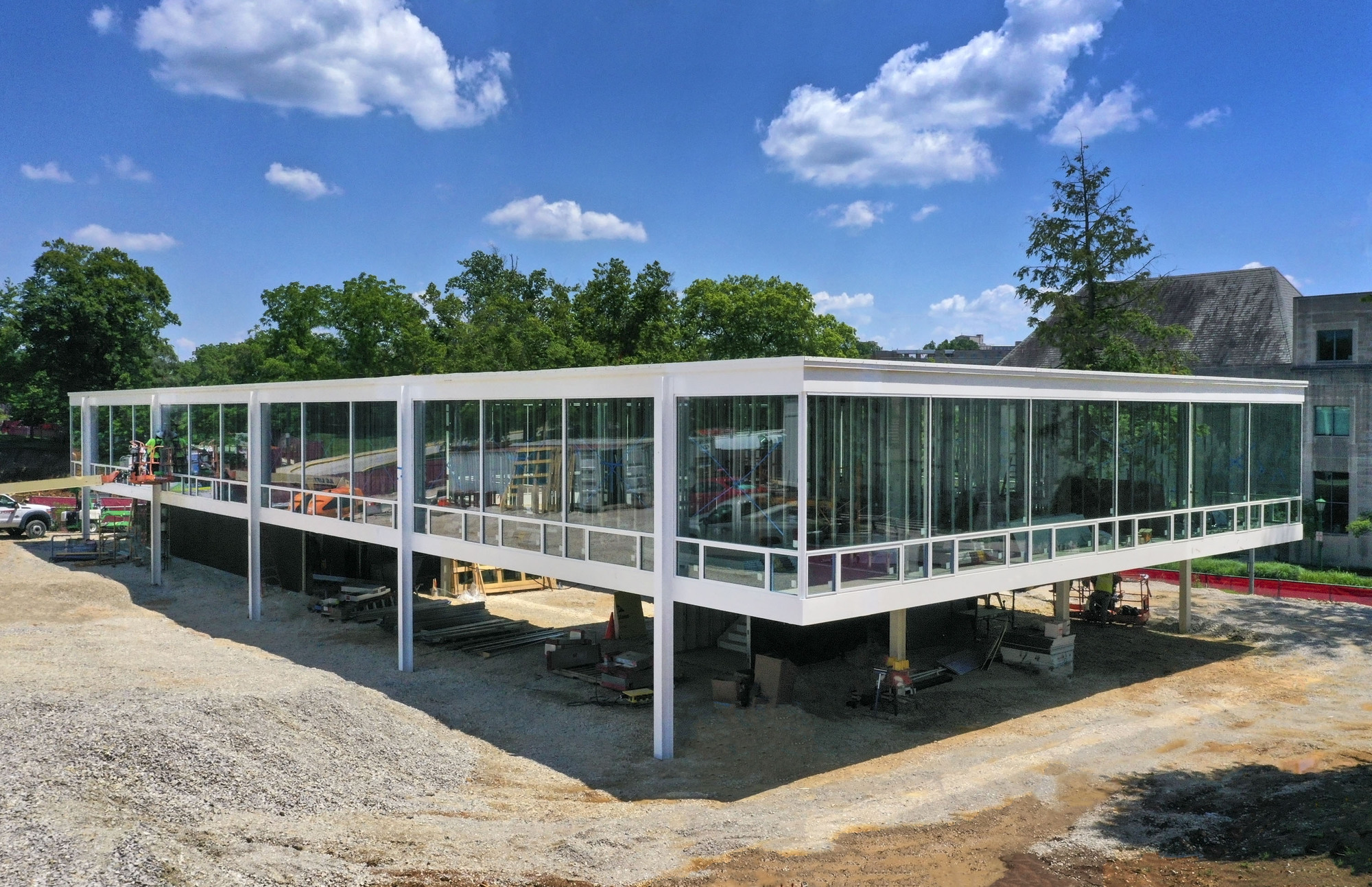 A new shared facility for Indiana University Eskenazi Art School, Architecture + Design, materializes a design recently rediscovered by Mies van der Rohe. The 1952 project was for a fraternity house on the same IU Bloomington campus where it is currently built, and the design incorporated the same white steel frame and glass panels as the Farnsworth House, created around the same time. After being overlooked for six decades, the design resurfaced in 2013 and the two-story building will open this fall.

In 1950, Mies van der Rohe was commissioned for the Brotherhood House at Indiana University, at a time when the famous architect also had the opportunity to design Crown Hall for the Illinois Institute of Technology, which would eventually end up being become one of his masterpieces. The fraternity house project was scrapped due to lack of funds, and decades later the plans were finally donated to the Mies Archives at the Museum of Modern Art. In 2013, plans were put in place for the construction of the design, and subsequent research uncovered significant documentation among the papers of one of Mies’ associates. Indiana University contacted architect Dirk Lohan, grandson of Mies, who agreed that the University could use the design and attribute it to Mies.

With strong ties to the concepts of the Farnsworth House and the Illinois Institute of Technology, Mies’ design for the UI building is a rectangular glass and steel structure raised from the ground. The main space measuring 930 square meters has a central square atrium which further enhances the openness of the building.

Mies van der Rohe’s design was entrusted to New York-based firm Thomas Phifer and Partners to be adapted to current building codes and its current academic function while preserving the intended architectural aesthetic. The building will contain reading spaces, workshops and offices, with the layout of the second floor remaining unchanged, while the ground floor had to be reconfigured. To comply with building codes, a new staircase was added, the original single glass was replaced with insulation, and the project was fitted with MEP systems to contemporary standards.