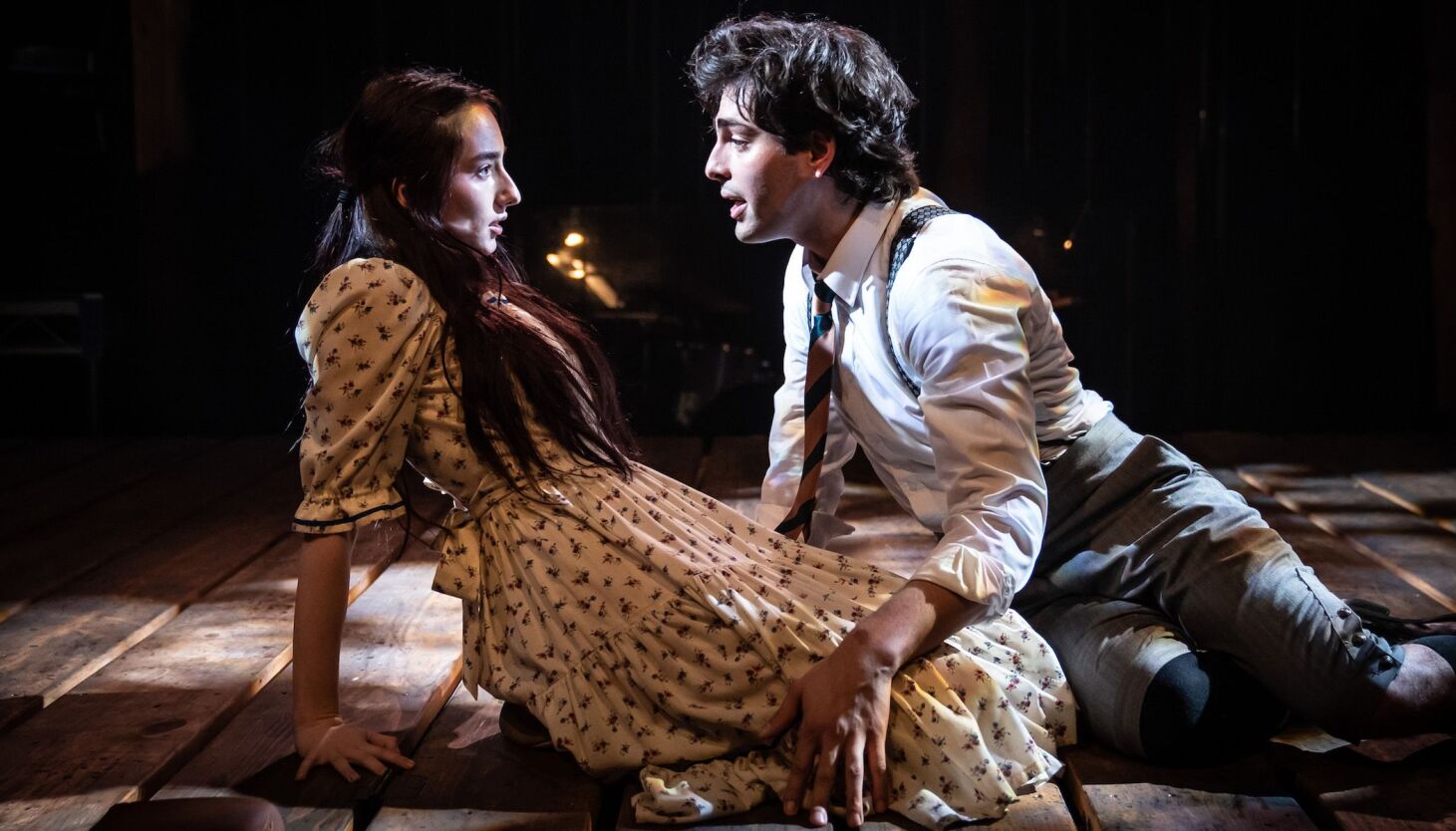 It’s been a quarter of a century since the rock musical “Spring Awakening” won the Tony Awards. one thing remains indisputable: killer numbers like “Totally F*****” and “The B**** of Living” will resonate powerfully as long as humans feel anger, frustration, grief, and grief. injustice.

Didier’s output is generally solid, but, amid moments of searing sublimity, the ensemble struggles with the substantial musical demands of the score, particularly the male leads.

The plot follows Wendla (Maya Lou Hlava), a smart and curious teenager who doesn’t have a clue how babies are made despite being a twice aunt. She begs her mother for information, but faces the uncertain implication that nice girls and good women never talk about such things.

Wendla and her precocious classmate Melchior (Jack DeCesare) fall in love and dream of a future in which their children won’t be punished for asking questions.

The subplots emphasize the story’s exploration of deadly hypocrisy and rigid narrow-mindedness. Ilse (Tiffany T. Taylor) is an incest survivor kicked out of the house after reporting her father. Moritz Stiefel (Quinn Kelch) is devastated beyond repair when he learns that he failed his final exams.

Sheik’s score is rich in booming, rumbling rock and roll angst, amplified by microphones the characters wield like weapons, and choreography that feels more like a Rolling Stones tour of an arena than a small German town in the 1890s. Porchlight gets the grunts and growls, tone less; the rise in volume does not mask the sour notes.

And conductor Justin Akira Kono’s six-piece band is too scattered. Despite the passionate performances of the musicians, there is a lightness to the sound.

But Porchlight’s production also shines. That of the whole a cappella the mix is â€‹â€‹wonderful. His text delivery has crystal clarity.

As Wendla, Hlava captures both the joy and restless discontent of a young woman constrained by societal expectations that leave no room for variation. From the bitter demands of “Mama Who Bore Me” to the shimmering hope of “Whispering”, Hlava conveys the full emotional spectrum.

Alas, DeCesare is misinterpreted as the upstart Melchior. DeCesare read more in his early thirties than in his late teens, and his mastery of the upper register demands of the score are shaky. Moritz de Kelch is also struggling. It’s part of Jim Carrey’s Billy Idol, both dialed up to 11 throughout and bringing Moritz a hair’s breadth away from cartoon territory.

Then there’s John Marshall Jr. as the outwardly suave and secretly defiant Hanschen. Marshall’s remarkably high falsetto is jaw-dropping, its comically dry timing like a climax. There are plenty of doomed teenagers in “Spring Awakening,” but Marshall’s Hanschen â€” think Oscar Wilde meets George Michael â€” is determined not to be one of them.

Taylor’s Ilse brings a rich and robust tragedy from “The Dark I Know Well,” and, in her repetitive final chorus, she and Ariana Burks’ Martha deliver a power surge of hopeless rage that will make the hairs on the back of your neck upright.

No one on stage is helped by Patrick Chan’s lighting design, which features a distracting array of disco-like effects that flash in different colors, beams of blue shooting through the floor during one particularly climactic moment.

“Spring Awakening’s” depictions of sexuality walk a thin line between comedy, depth, and tragedy. And the creator of intimacy Kristina Fluty does not hesitate for a moment.

â€œSpring Awakeningâ€ is about heartbreaking, not happy endings. Despite its missteps, there’s transcendence and beauty in Porchlight’s timely take.

NOTE: Production comes as “Spring Awakening” is experiencing a pop culture resurgence: On Tuesday, HBO airs “Those You’ve Known,” a documentary exploring how a 19th-century German play became a 21st-century rock musical which broke new ground with its intentionally anachronistic score and depictions of sex.

Adeam will open a pop-up on Madison Avenue in June â€“...